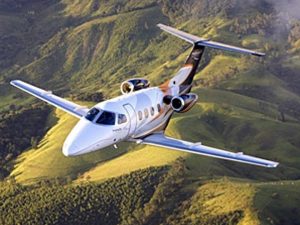 Private flight has always been associated with the rich, (haha). It’s like owning a horse. The horse is the cheap part. Then you have to have a place to keep it. Tack, feed, vets, horse trailer, truck and on and on and on. Same with an airplanes.

So what if you could find a way to subsidize such a hobby? Of course you could post something on the bulletin board at your local airport stating that you are headed to a particular place and see if anyone wanted to go along.

Is there a place for UBER for aviation?

I checked into it. Flytenow and AirPooler were services in 2013 and were geared for a win-win for both the pilot and passengers. That was until the FAA found out and decided to put a stop to it, stating that such an arrangement would fall under the “common carrier” and placed them under the same regulatory and licensing requirements.
Now it becomes the definition between a commercial and a non-commercial pilot.

In 1986 the FAA had a 4 part test to decide the difference between them. If an airline operator undertakes 1) a “holding out of willingness” to 2) “transport persons or property” 3) “from place to place” 4) for “compensation or hire,” it will be considered a common carrier subject to regulations on commercial airlines.

Currently Blackbird app lets you split the cost of a private flight but it only operates in San Carlos Airport and has a limit on how far it can go. In Europe, the European Aviation Safety Agency (EASA) fortified the practice by publishing a safety charter, solidifying the principles, responsibilities and values on both the pilots’ and passengers’ part when sharing flights. As of April 2017, six online platforms (BBPlane, Coavmi, FlyBook, Flyt.club, Flytaxi and Wingly) had signed the charter.They also offer sightseeing flights and excursions as well as one way flights.

When will we get this stateside? If Sen. Mike Lee (R-UT) has his way it will be sooner rather than later. April 11, 2018 he introduced senate bill S.2650 named the Aviation Empowerment Act which would allow flight sharing apps and websites to operate in the US. Lee says it would create a new class of pilot by tightly defining a few key FAA terms as they relate to a contemporary transportation concept, cost-sharing services. “Innovation is the key to competition and accessibility.” he continued. “The legislation would redefine how pilots might transport passengers aboard aircraft for compensation, but avoid FAR Part 119 (air carrier) or Part 135 (commuter) guidelines. Lee’s revised interpretations envision allowing individuals to market their cost-sharing services to the public, while avoiding the need to be named a common carrier. Lee also believes these new services could be conducted operating under Part 91.

Even if Lee’s legislation were to become law, however, there would still be a considerable amount of work involved in translating the spirit of the law into a pragmatic implementation of such an airborne cost sharing program. Stay tuned.