The latest on ADS-B

Jerry gave an update on ADS-B. He stated that of the 51,882 total airplanes completed with updates, GA makes up 49,941 of that number. Air carriers are at roughly 2,000. there is no way they will be able to make the deadline. Shops are currently 2-9 months out. He believes that the FAA will extend the deadline for commercial airlines but not the GA. There is literally not enough time to get them all installed by the deadline. 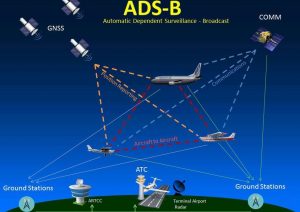 ADS-B transponders will relay to ground based interrogations so that ground vehicles can know where you are. They can track you from hanger to hanger.

Most TRACONs’ and approach control have nothing for ADS-B yet and Jerry is not sure who will have the ability by January 1, 2020.

He brought up the fact that the free traffic and weather we enjoy now will probably end January 1, 2020. The service providers that lease services to FAA will renegotiate their contracts on January 1, 2020 so look for fees to begin. He encourages XM.

Every cell tower that has been re purposed for aviation is collecting data and sending it to Arlington. They will send you a letter that states you are not compliant even if at one point you were. It won’t say your altitude encoder is old and needs to be replaced, they just flag you as non-compliant.

He encourages a panel mount monitor. If you leave your Ipad or whatever in the sun and it over heats it will become useless to you.

They also take pictures of everything that might be a mark or blemish or anything so that they can see it came in that way. He was flying a plane inbound for work and he had just passed Great Bend when the engine cut out briefly. He checked things out and it seemed to be running fine but just passed Goodland it happened again. They checked everything out included draining and refilling fuel in case it was contaminated. He looked at the pictures and it turned out to be a check valve in the fuel vent line was installed backwards. He sent a bill for his work to the people who installed it that way.

Transponder antennas usually need to be replaced to bring them up to code. Blade types give a more even response across a wider frequency band unless you are doing ADS-B out only. Then you get into the altimeter encoder and the wiring harness and circuit breaker which all have to be a certain type. 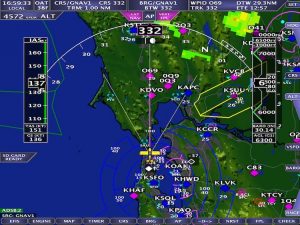 Even installing the GPS antenna has to go under the headliner which is not an easy job. And by the way if you have intermittent loss of GPS turn off all your phone, Ipads, and remove that little NAPA USB charging port from the cigarette lighter portal. There is a reason the USB ports cost around $300-$400/ Cheap USB chargers can blank out your GPS at unsuspected times. If you have to go with one go with Sporty’s. Be careful with portable devices. After you remove everything, add it back one at a time to see if you can figure out the problem. That is something that is brought up at every meeting.

He then took questions from the audience.