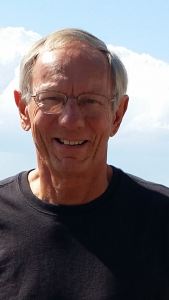 Flying an actual plane was the farthest thing from his mind. His parents were WWII refugees that escaped with just the shirts on their backs and money was tight. He satisfied his love for heights by becoming a technical climber, making numerous climbs on Long’s Peak, the Tetons, and the Cascades, a hobby no doubt inspired by his mother who was from Switzerland.

Henry came to Colorado to earn his PhD at the University of Colorado and be close to the mountains that had become such a key part of his life. After graduation he began his employment in the High Tech industry working in integrated circuits and later networking technology. Between work and his two sons life got very busy and throwing a quick climb or bike ride in on the weekend was about all that was possible.

That was all about to change when his oldest son, Michael, showed an intense interest in aviation at the earliest of ages. He began flying RC airplanes at 10 and spent countless hours flying Microsoft’s Flight Simulator. When Michael reached the legal fixed wing flying age the inevitable happened and he became a private pilot and then a CFII. Henry was his first student and as they say the rest is history. Henry is fond of telling people that he taught his son to drive, but his son taught him to fly and since his son is a way better driver than he is a pilot he obviously did a better job.

Henry just retired from 40 years in the High Tech business and owns a 1966 Beech Debonair which he loves flying to see friends and relatives and flying over some of the climbing routes that he has done including numerous climbs on Long’s Peak, the Tetons, and the Cascades.

He is currently the president of the Fort Love Hangar Association here on the field. His oldest son, Michael, is now a Captain with Spirit Airlines and his other son, Kevin, is presently at the University of Miami completing his PhD in Marine Biology. Dad is very proud of his sons and is willing to bore you to tears telling you all about them if you give him the chance.